Language School in Mainz on Rhine 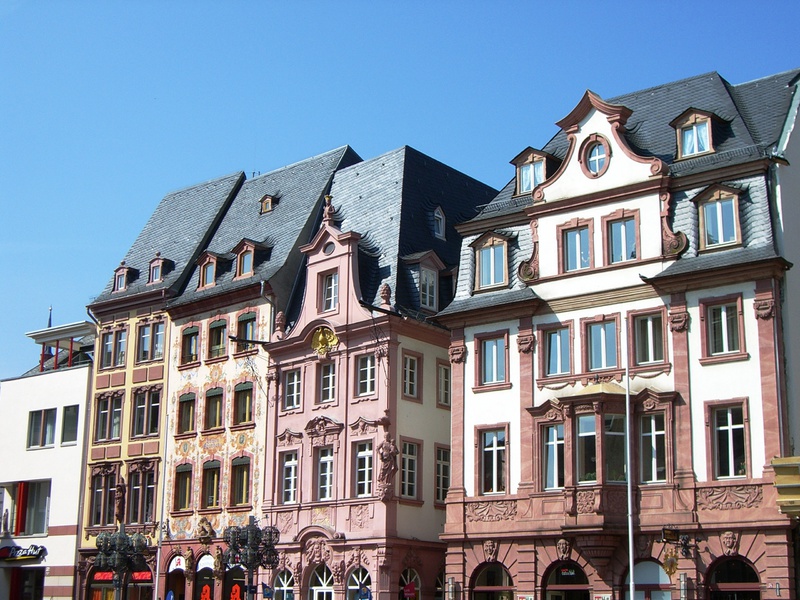 Mainz is the capital of the federal state Rhineland-Palatinate (Rheinland – Pfalz) and in the same time the biggest city in the state with about 200.000 inhabitants. Mainz is located across from Wiesbaden on the river Rhine, which is lovely named by the Germans “Father Rhine”. Mainz and Wiesbaden - two capitals of two federals states - Mainz of Rhineland-Palatine and Wiesbaden of Hessen - are divided only by the bridge Theodor-Heuss; in the western part of the Mainz is situated Frankfurt and builds Rhine-Main Region.

The Roman Mainz is a city with over two thousand years of history. The first European books printed using movable type were manufactured in Mainz by Johannes Gutenberg in 1450. Not in vain Mainz is named the city of Media.

"The Old Town" in Mainz with the half-timbered houses is the historical part of the city with its famous sightseeing as Cathedral of St. Martin (Mainzer Dom), which is over 1.000 years old, the Churches of St. Augustin (Augustinerkirche) in Rococo Style, St. Stephan Church with Mystic light of Chagall, Christ Church and many other churches.

There are endless nice places in Mainz and thats why it is worth seeing and traveling to.